"In reality, cyber tools of oppression are most often in the form of databases."

Just a short note for the day. Gary McKinnon not being extradited is interesting as well - truth be told, America's sentencing guidelines for hackers tend to be far out of the ordinary for a first world nation. Generally a hacker is looking at more time than a rapist or murderer, which is probably a bit out of whack.

You don't see the EFF going on about this though. You do see them talking about exploit sales, which I think is a misjudgment.

Posted by Dave Aitel at 9:46 AM No comments:

Being "held accountable" is the new black.

There's a general proscription in the IC about talking in any way about offensive things - for good reason. For for that reason, I recommend you take a little grain of salt with some of the things in Secretary Panetta's talk (here).

But even more alarming is an attack that happened two months ago when a very sophisticated virus called Shamoon infected computers in the Saudi Arabian State Oil Company Aramco.  Shamoon included a routine called a ‘wiper’, coded to self-execute.  This routine replaced crucial systems files with an image of a burning U.S. flag.  But it also put additional garbage data that overwrote all the real data on the machine.  More than 30,000 computers that it infected were rendered useless and had to be replaced.  It virtually destroyed 30,000 computers.


For example, the reason the Iranians named their module "wiper" is to reflect the name against their attackers, who had previously destroyed some Iranian oil refinery computers (http://news.techworld.com/security/3379060/mystery-wiper-malware-linked-to-duqu-says-security-firm/) .


Over the last two years, DoD has made significant investments in forensics to address this problem of attribution and we're seeing the returns on that investment.  Potential aggressors should be aware that the United States has the capacity to locate them and to hold them accountable for their actions that may try to harm America.

Likewise, offensive operations are how you do attribution, although defensive tools (such as forensics) typically have a small role as well (IMHO).

A big question here is the meaning of "Hold them accountable." Does this mean targeted assassination, the way it does with Iranian nuclear scientists? Is that how far we've come?

There's been no real "Cyber Security" in the last two debates, either the Presidential or last night's VP debate. In fact, there's been very little "tech" at all in the last few debates, although the Republicans are coming out as "anti-green-energy-subsidies" which may or may not be a good political move.

Is it possible we'll get all the way to the election without cyber security becoming a Presidential-level issue?
Posted by Dave Aitel at 11:43 AM No comments: 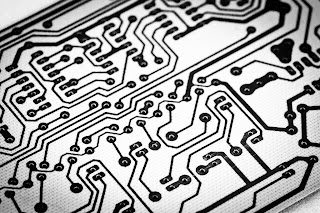 President Obama has released an Op-Ed with some interesting comments on Cyber Security.

To put his post into context, every year FEMA runs these big "games" which are essentially planning sessions for national-level emergencies. They help the country organize roles and responsibilities, and get all the legal paperwork in place in the event something happens. On one hand, they are large brainstorming sessions, where various parts of industry get to explain how they would react or be hurt or could help in the event of some kind of attack, and on the other hand, they're political stunts where various industries and parts of government can demonstrate their needs and sometimes their usefulness.

In this year's simulation, Obama had to use new laws to shut down the Internet in response to ongoing effective cyber-attacks. And, although I'm not privy to the classified side of the simulation, he probably also had to absorb intelligence, establish attribution, and launch a military response. Of course, the FEMA simulation ends there. In the real world, we would have to deal with the aftermath.

Politically, Cyber is an area Obama is demonstrating vision in - assuming Sanger's book is at all accurate, he's seen first hand the role Cyber can play in the future of war, and wants to inoculate his own country from the oncoming threat. Frankly, that's Presidential.

It's telling the the Romney team (which includes former DIRNSA Michael Hayden) has not come out on this issue one way or the other, choosing instead to focus their message entirely on "the economy" as relates to internal social issues (aka Health Care and Taxation). But addressing cyber security issues should be a key component of any job-bill, with regards to protecting industries from nation-state economic espionage, or simply noting that there's a huge proportion of people invested in the industry and effected by the oncoming sequester.

Where have all the hackers gone (in VA)?

The latest polls say Obama is beating Romney by seven points in Virginia. Either way, it's close, and it's close entirely because of this weird beast called Northern Virginia, where I grew up. When I was growing up, there was a large collection of people who worked for the federal government. But now, if you throw a rock, and you don't hit L-3 or Raytheon or ManTech or another federal contractor, you have a really really bad arm.

And a large amount of what these people are doing is cyber security and technology related. I know all the media play is in the exploit business, assessments, FISMA, etc. But the actual job ads in the cafes are for "Big Data" and "HADOOP", and that sort of thing. And generally when they say "Big Data" they actually mean it - it's sort of like "If you can afford it without being the government, it's not big data".

Hackers, of course, have a society like any other sub-culture, and it's largely libertarian. So what you would expect is that you'd see Ron Paul picking up votes in Arlington and Fairfax. But, if you look at the "Federal" counties in NoVA they voted largely for Mitt Romney over Ron Paul (more than the average).

There are some contributing factors, perhaps. Virginia is an open primary state. Seems like low turnout since 300K people voted, but five million are eligible to vote (especially considering the democratic primary is not competitive this year).

Likewise, a lot of the voters are women, especially among newly registered voters. Women are underrepresented in tech fields (and in Ron Paul supporters).

But the bigger question is this: Given that there IS a voting block of swing voters in NoVA (and swing donors), why hasn't EITHER campaign tried to woo them? Mitt Romney has Michael Hayden advising him, and no reason not to drum the "Anti-Chinese" beat on the economy. But he doesn't. You'll notice he has NO opinion whatsoever on CISPA or the Lieberman bill now being debated. None.

Obama has a strong cyber-security track record, and has taken a position on CISPA (anti), but does not seem to engage on cyber-security issues even when his administration is making news about it!

So from both sides we have relative silence. The question is: Why?