The new team on a new field


We are now starting to see what the team is going to look like in the Federal sector of cyber security at the very top: Brennan (DCIA), Hagel (SoD), and Keith Alexander (DIRNSA) . 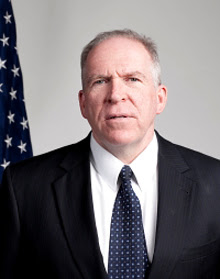 
Obama has been personally involved in cyber efforts for some time, and hence, Brennan has as well. Below are some articles which highlight his efforts in our area:


I think we can depend on Mr. Brennan to continue to invest heavily in the cyber industrial complex, and have a leading role in helping build the legal and policy frameworks that cyber desperately needs. His experience with counter-terrorism will be vital, but his challenge will be to port that to the traditional intelligence role of large nation state versus large nation state.

The NY Times pointed this quote out:
“Cyber is a huge issue, that cyberwarfare dimension which we are just now just getting our arms around, as other nations are. If you concentrate on that arena of warfare, you can completely paralyze a nation. You can paralyze power grids; you can paralyze financial services; you can stop a country; you can paralyze computers on ships. I think the greater threat to all of us is going to be directly a dagger at the heart of economic interests, and certainly I would start with cyber. All the other threats are still going to be there — nuclear proliferation, terrorism, weapons of mass destruction, and all the things we're dealing with today. But, in the end, we can deal with those; we can manage those; we can work our way through those. The big issues are things like cyber, that's where we've really got to pay attention. It's not like sending one army against another. You're not going to win that by having a bigger navy that the other guy's navy. You need big navies, you need strong security, but you need so much more now today to protect our economic interests, which are our vital security interests."– PBS Interview, "Great Decisions in Foreign Policy," May 2012

Other than that quote, there's not a whole lot available on his views there. One thing is sure about Hagel: He's into international alliances - something that cyber depends on to a great degree. And I think it's telling that one major thing Chuck Hagel realizes he's protecting against cyber attack is the economy. The financial sector is highly sensitized to its weakness when it comes to cyberwar - and for good reason.

So to sum up: Cyber (both defense and offense) will find continued strong support in the coming administration. The worm in the soup here is, as always, congressional support, which means the dollars and cents budgetary glop that cyber is unfortunately having to wade through at the moment. These are not small programs, and they are not small changes, and having large scale uncertainty about which things will have to be cut to meet a sequester could hamstring any major efforts to improve cyber security, or take the ball on offense.
Posted by Dave Aitel at 8:11 AM No comments: