There is no Escalatory Ladder in the Matrix

I'm still reading Bytes, Bombs and Spies, specifically the chapter where they define "OCO" to mean "Offensive Cyber Operations" and then riff on the concept of how command and control and escalatory ladders would exist in wartime, who would authorize what, how doctrine would evolve, etc.

I know the book is meant to at some level portray that policy can be strategically thought out in the unclassified space, but the deeper I get into it, the less I feel like it makes that point. What does a "constrained regional scope" mean in cyberspace? (note: It means nothing.)

If anything, what this book points out is how little value you can get from traditional political-science terms and concepts. Escalatory ladder makes little sense with a domain where a half-decade of battlefield preparation and pre-placement are required for attacks, where attacks have a more nebulous connection to effect, deniability is a dominant characteristic, and where intelligence gathering and kinetic effect require the same access and where emergent behavior during offensive operations happens far beyond human reaction time.

ISR has to be anticipatory, comprehensive, and real time. And because of that, I'm reading the new compendium of essays edited by Herb Lin and Amy Zegart. The book is dense and long, so I'm not done with it, but I get a very different feeling from it so far than what they've intended I think.

Start by listening to this podcast:
https://www.hoover.org/news/hoover-scholars-examine-cyber-warfare-new-book

In it, a few interesting questions come to light. For example, they say things like this:


Obviously I disagree with both of those things.

There are things you always hear in this kind of podcast:
For example, the Differences of the Cyber Domain (from this podcast):
Ok, so some real talk here: The first thing a hacker learns is that code and data are the same thing, and both are just state space under the covers. This is why when you build a fuzzer, you can measure "code coverage" but you know that you're just estimating what you REALLY want to explore, which is state space coverage. It's why your exploits can use the thread environment block to store code, or why every language complex enough to be useful has an injection bugclass. I have a whole post coming soon about shellcode encoder decoders to really drive the history of this thing home. ADMutate anyone?

Anyways, once you understand that in your gut, the way a hacker does, the cyber domain is not at all confusing. It becomes predictable, which is another word for computable.

Deep down, the most ironic thing is Lin's statements about the different physics of the physical and cyber domains because the theory of computation is ALSO the physics of quantum mechanics, which is what we learned when we were building nuclear bombs.

Posted by Dave Aitel at 2:06 PM No comments: 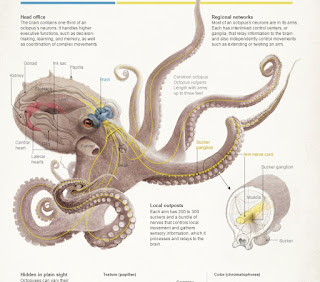 When we talk about the strategic risks of a Vulnerability Equities Process people get absorbed in the information security risks. But the risks of any centralized inter-agency control group also include:

It may not even result in different decisions than a distributed system. For example: Any bug bought/found by SIGINT team is likely to be useful for SIGINT, and retained. Otherwise your SIGINT team is wasting its time and money, right?

Likewise, any bug found externally, say through a government bug bounty, is likely to be disclosed.

Here's a puzzle for you: What happens if your SIGINT team finds a bug in IIS 9, which is an RCE, but hard to exploit, and they work for a while, and produce something super useful. But then, a bit later, that same bug comes in through the bug bounty program DHS has set up, but as an almost useless DoS or information leak? How do you handle the disparity in what YOU know about a bug (exploitability f.e.) versus what the public knows?

This leads you into thinking - why is the only output available from the VEP disclosure to a Vendor? Why are we not feeding things to NATO, and our DHS-AntiVirus systems, and building our own patches for strategic deployment, and using 0days for testing our own systems (aka, NSA Red Team?). There are a ton of situations where you would want to issue advisories to the public, or just to internal government use, or to lots of people that are not vendors.

During the VEP Conference you heard this as an undercurrent. People were almost baffled by how useless it was to just give bugs to vendors, since that didn't seem to improve systemic security risks nearly enough. But that's the only option they had thought of? It seems short sighted.