Everyone is very excited about the "revelation" than in order to do their APT1 paper, Mandiant (according to Sanger) hacked back. But that's not the only stunner in the book. He also points to a WMD-level cyber capability leveraged against both Iran and Russia by the United States. There are a ton of unsubstantiated claims in the book, and the conclusion is a call for "Cyber Arms Control" which feels unsupported and unspecified. But Sanger has clearly drunk deeply of the Microsoft Kool-Aid.

But to the point of the (alleged) hack-back: We should have long ago developed a public policy for this, since everyone agrees it is happening, but we seem unable to do so even in the broadest strokes. I think part of the problem is that we are always asking ourselves what we want the cyber norms to be, instead of what they actually are. I'm not sure why. It seems like an obvious place to start. 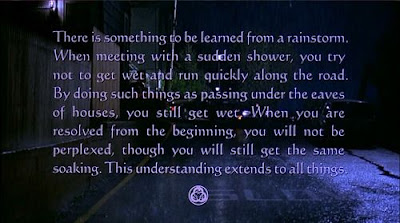 I've been carefully reading Richard Danzig's latest post, Technology Roulette: Managing Loss of Control as Many Militaries Pursue Technological Superiority. I want to put this piece in context - first of all, Richard Danzig is one of the best policy writers, and one of the deepest American policy thinkers currently active. Secondarily, this paper is a product of a deeply conservative government reaction to the ascendant Cypherpunk movement and is in that sense, leading the wrong direction.

Ok, that sounds melodramatic. Let me sum up the paper thusly:

Most legal policy experts look askance on the "libertarian" views of the computer science community they have been thrust into contact with as if a Japanese commuter on the rush hour train. But the computer science world is less big L Libertarian than philosophically Cypherpunkian, tied to the simple belief that the advance of Technology is at its sum, always net positive for human liberty. Where society conflicts with the new technologies available to humanity, society should change instead of trying to restrict the march of technology.

Hence, where government experts are scared of disintermediation, as evidenced by a paranoia over Facebook's electoral reach, the computer world sees instead that newspapers were themselves centralized control over the human mind, and worthy of being discarded to the dustbin of history.

Where the FBI sees a coming crisis in the "Going Dark" saga, they find exactly no fertile ground in the technology sector, as if the field they would plant their ideas in was first salted, and then sent into space on one of Elon's rockets.

The US Government and various NGOs were both surprised and shocked at the unanimity and lack of deference of the technological community with regards to the Wassenaar cyber controls or the additional cryptographic controls the FBI wants. This resistance is not from a "Libertarian" political stance, but a from the deep current of cypherpunkism in the community.

These days, not only do Cypherpunks "write code", to quote Tim May's old maxim, but they also "have data". The pushback around Project Maven can be described on a traditional political platter, but also on a tribal "US vs THEM" map projection.

Examine the conversation around autonomous weapons. Of course, an autonomous and armed flying drone swarm can be set to kill anyone in a particular building. This is at least as geographically discriminatory as a bomb. Talks to restrict this technology even at the highest principal level so far restrict only an empty set of current and future solutions.

Part of this is the smaller market power of governments in general for advanced technology. A selfie drone is essentially 99.999% the same as a militarized drone, and this trend is now true for everything from the silicon on up, and some parts of the US Govt have started to realize their sudden weakness.

As Danzig's paper points out, the platitude that having a "human in the loop" to control automated systems is going to work is clearly false. Likewise, he argues that our addiction to classification hamstrings us when it comes to understanding systemic risk.

The natural tendency within the national security establishment is to minimize the visibility of these issues and to avoid engagement with potentially disruptive outside actors. But this leaves technology initiatives with such a narrow a base of support that they are vulnerable to overreaction when accidents or revelations occur. The intelligence agencies should have learned this lesson when they had only weak public support in the face of backlash when their cyber documents and tools were hacked.

But his solution is anything but. We're in a race, and there's no way to get out of it based around the idea of slowing down technological development.
Posted by Dave Aitel at 2:06 PM No comments:

We try to maintain a list of policy-world "bugclasses" when in the cyber domain.
In this article I want to talk a little bit about False Inequivalences, since they are probably the most prevalent type of bugclass that you run into, and you see them everywhere - in export control, in national security law, in policy in general.

This bugclass is a real danger, as explaining why two things are "provably equivalent in any real practical sense" annoys lawyers whose entire lifespan has been spent splitting the hairs in language, and think that as a tool, hairsplitting can produce consistent and useful global policy.

More specifically, we need to find a way to revise a lot of our legal code to accept this reality: Title 10 and Title 50 need to merge. Foreign and domestic surveillance practices need to merge. The list goes on and on...

Posted by Dave Aitel at 7:01 AM No comments:

To paraphrase Thomas Dullien's CyCon talk:
Posted by Dave Aitel at 11:22 AM No comments: