Some CrazyPants ideas for handling Kaspersky


So the benefit of being a nation-state, and the hegemon of course, is that you can pretty much do whatever you want. I refer, of course, to last week's LawFare post on policy options for Kaspersky Labs. The point of the piece, written by a respected and experienced policy person, Andrew Grotto, is that the US has many policy options when dealing with the risk Kaspersky and similar companies pose to US National Security. Complications include private ownership of critical infrastructure, the nature of cyberspace, and of course ongoing confusion as to the whether we have punitive or palliative aims in the first place. Another complication is how crazypants all the suggestions are.

He lists six options, the first two dealing with "Critical Infrastructure" where the Government has direct regulatory levers and Kaspersky has a zero percent market share already and always will. The third one is so insane, so utterly bonkers, that I laughed out-loud when reading it. It is this:

Ok, so keep in mind that "deemed export" is an area of considerable debate in the US Export Control community, and not something any other country does. While yes, applying the BIS Export Control rule in this case would immediately cause every company that does business in the United States to rush to uninstall KAV, this is not where the story would end.

Instead, we would have a deep philosophical discussion (i.e. Commerce Dept people being hauled in front of Congress) - because for sure not everyone who works at Azure, every backup provider in the world, or literally any software company, is a US Citizen. Because while Kaspersky has deep and broad covert access to the machines they are installed on, they are not the only ones.

We currently interpret these rules extremely laxly, for good reason.

The next suggestion in the piece is adding Kaspersky to the Entities list - essentially blacklisting them without giving a reason. Even ZTE did not get this treatment and while they paid a fine and are working their way back to good graces if possible, this was highly defensible. I mean, in these cases what about the thousands of US businesses that already have Kaspersky installed? The follow-on effects are massive and the piece ends up recommending against it, since the case against Kaspersky, while logical, is possibly not universally persuasive as a death sentence without further evidence?

Tool number 5 is the FTC doing legal claims against Kaspersky for "unfair or deceptive acts or practices" in particular, for pulling back to the cloud files that are innocuous. Kaspersky's easy defense is going to be "We don't know they are innocuous until we pull them back and analyze them, we make it clear this is what we do, we are hardly the only company to do so, for example see this article." I.E. the idea of FTC legal claims is not a good one and they know it.

The last "Policy Tool" is Treasury Sanctions. Of course we can do this but I assume we would have to blow some pretty specific intel sources and methods to do so.

Ok, so none of the ideas for policy toolkit options are workable, obviously. And as Andrew is hardly new at this, I personally would suggest that this piece came out as a message of some kind. I'm not sure WHAT the message is, or who it is for, but I end with this image to suggest that just because you CAN do something doesn't mean it is a good idea. 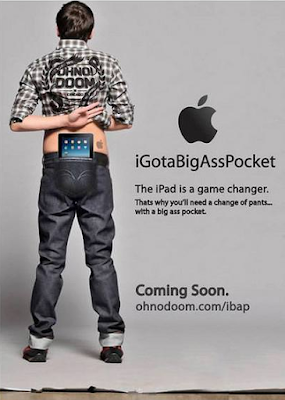 What happens if the Russians get false flag right? 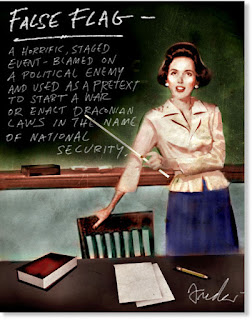 There's a lot of interesting and unsolved policy work to be done in the Russian hack of the 2018 Olympics. Some things that stuck out at me was the use of Router techniques, their choice of targeting, and of course, the attempt at false flagging the operation to the North Koreans. I mean, it's always possible the North Koreans, not shabby at this themselves, rode in behind the Russians or sat next to Russian implants, and did their own operation.

There's a lot of ways for this sort of thing to go wrong. Imagine if there had been a simple bug in the router implants, which had caused them to become bricked? Or imagine if the Russians had gotten their technical false flag efforts perfect, and we did a positive attribution to North Korea, or could not properly attribute it at all, but still assumed it was North Korea?

Or what if instead of choosing North Korea, they had chosen Japan, China, or the US or her allies?

What if a more subtle false flag attempt smeared not just a country, but a particular individual, who was then charged criminally, which is the precedent we appear to want to set?

I don't think anyone in the policy community is confident that we have a way to handle any of these kinds of issues. We would rely, I assume, on our standard diplomatic process, which would be both slow, unused to the particulars of the cyber domain, and fraught with risks.

It's not that this issue has not been examined, as Allen points out, Herb Lin has talked about it. But we don't have even the glimmers of a policy solution. We have so much policy focus on vulnerability disclosure (driven by what Silicon Valley thinks) but I have seen nothing yet on "At what point will we admit to an operation publicly, and contribute to cleanup"?  or "How do we prove that an operation is not us or one of our allies to the public". In particular I think it is important that these issues are not Government to Government issues necessarily.

Posted by Dave Aitel at 8:25 AM No comments:

The UK Response to the Nerve Agent Attack

Not only do I think the UK should response with a cyber attack, I think they will do so in short order.

The Russians have changed their tune entirely today, now asking for a "joint investigation" and not crowing about how the target was an MI6 spy and traitor to the motherland killed as a warning to other traitors (except on Russian TV). I don't think the Brits will buy it. As Matt Tait says in his Lawfare piece, this is the Brits talking at maximum volume, using terminology that gives them ample legal cover for an in-kind military response. Ashley Deeks further points out the subtleties of the international law terminology May chose to use and how it affects potential responses.

For something like this, sanctions go without saying, but I don't think that ends the toolbox. The US often also does indictments, but that's more message sending than impactful sometimes. The UK could pressure Russia on the ground in many places (by supporting Ukraine, perhaps?) but that takes a long time and is somewhat risky. Cyber is a much more attractive option for many reasons, which I will put below in an annoying bullet list.


That answers why the Brits SHOULD use cyber for this. But we think they will, because they've sent that as a signal via the BBC and the Russians heard it loud and clear.

Why Hospitals are Valid Targets for Cyber

But the reason you hack a hospital is not to booby trap an MRI machine, but because massive databases of ground truth are extremely valuable. If I have the list of everyone born in Tehran's hospitals for the last fifty years, and they try to run an intelligence officer with a fake name and legend through Immigration, it's going to stand out like a sore thumb.

The same thing is true with hacking United. Not only are the records in and out of Dulles airport extremely valuable for finding people who have worked with the local federal contractors but doing large scale analysis of traffic amounts lets you guesstimate at budget levels and even figure out covert program subjects. People look at OPM and they see only the first order of approximation of the value of that kind of large database. Who cares about the clearance info if you can derive greater things from it?

The Bumble and Tinder databases would be just as useful. If you are chatting with a girl overseas, and she says she doesn't have a Bumble/Tinder account, and you're in the national security field, you're straight up talking to an intelligence officer. And it's hard to fake a profile with a normal size list of matches and conversations...

And, of course, hacking critical infrastructure and associated Things of the Internet allows for MASINT, even on completely civilian infrastructure. People always underestimate MASINT for some reason. It's not sexy to count things over long periods of time, I guess.

Also, it's a sort of hacker truism that eventually all networks are connected so sometimes you hack things that seem nonsensical to probe for ways into networks that are otherwise heavily monitored.

SIGINT was the original big data. But deep down all intelligence is about making accurate predictions. Getting these large databases allows for predictions at a level that surprises even seasoned intelligence people. Hopefully this blog explains why so many cyber "norms" on targeting run into the sand when they meet reality.