Why 0day is a nebulous concept, part 1!

There is an inherent problem with taking things that come out of the technical community as slang and then attaching legal meanings to them. But of course, the law profession is not without its hubris and thinks that it can pretty much define anything. Sometimes they even try to redefine mathematical constants such as Pi.

In that way, law is not a science, as much as engineering. So not to pick on any particular lawyer, but I want to quote some brief twitter exchanges to help illustrate the concept.


Let's talk about a better mental model for lawyers to use when they are talking about the wild and wonderful world of vulnerabilities! It may help them understand why the concept of "0day" is so slippery in real life, and even of "exploit" and "vulnerability". (c.f. This Phrack Paper for some historical details on terminology dating to 2002, which were already widely used within the world of security engineers.) 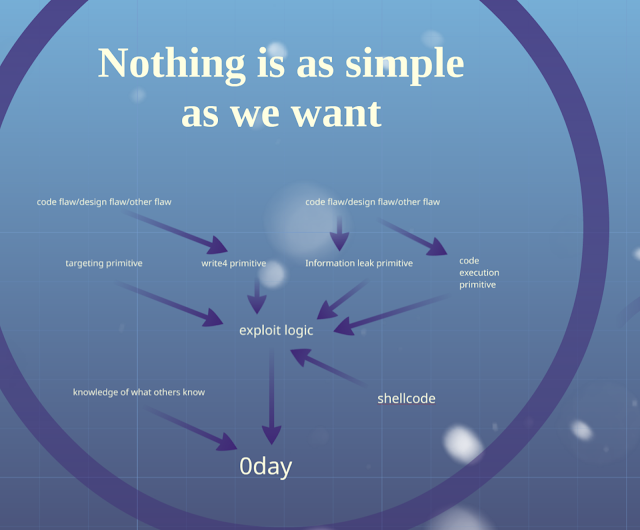 Here are some key concepts:

So in this sense, when lawyers say they handle the term "Vulnerability" just fine, neveryoumind, what they mean is "We don't know if it means code flaw, exploit primitive, use of that exploit primitive in an exploit, or what?" and when they say "0day" they are expecting you to be omniscient, which is optimistic, at best.