For all the talk of realtime when it comes to cyber defense, cyber offense is a turn-based strategy game. This is because most investment in cyber offense take years to develop, and you only get to know if that investment was worth it at the end.

While obviously the United States and other players are doing continual development, it's mostly on established platforms. But truly new platforms are a five year maturity cycle away. Not only that, but that maturity level of certain platforms hits punctuated equalibriums.

I want to relate a story Rag Tagg tells, (yes, click the link and listen for a sec) about Quake. Many of you might remember quake, but for those of you who don't, this was the first time some gamers rose to the top and really could demonstrate to the whole world their dominance in player-vs-player deathmatch-style gaming.

Thresh was the first one anyone heard about in the real world. Not only did he have an etymologically cool name, but he dominated the early deathmatch scene by shooting people with rockets out of the air and developing map strategies that at the time seemed advanced but now are as primitive and useful as a Tuatara's third eye. 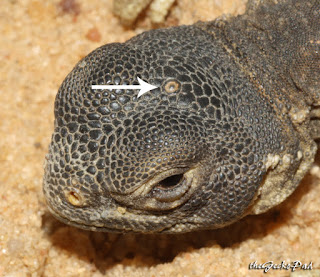 But what Rag Tagg points out is that long after everyone else left the Quake DM scene, some core group of fanatics developed an entirely new strategy around the lightning gun. The game hadn't changed at all, but people realized with enough skill at a weapon previously just thought to be useless special-purpose trash, they could change the strategic dynamic completely.

"The principals never changed, but the players that stayed, they ... learned things."

Let me talk briefly about RATs now. If you look at most of them, Meterpreter, for example, you'll see that you have an operator, and then they type a command, which then gets sent over some synchronous link and then the response is sent back. This kind of "ping-pong" operator model is simple to understand and keep in your head. It is like a terminal.

But INNUENDO and all modern tools are built on an asynchronous model, which makes their operation model and corresponding strategy as different from Meterpreter as a lightning gun from a rocket launcher. If you are building all your defenses against Meterpreter-style synchronous tools, then nothing you do will work against the newer generation of platforms.

I say "modern" but INNUENDO was ramped up Feb 13, 2013 - just to give a picture of the level of foresight you need when building offensive programs and what a realistic timeline is. One of the reasons smaller countries are going to want to be a part of a larger cyber security umbrella is that they cannot afford for their investments to be in the wrong area or on the wrong platforms.